Argentina 2001. This was a striking year. Without warning, from one moment to the next, money was frozen in the bankaccounts, fenced, as the Argentines say in the “corralito”. We only could get limited amounts in pesos, but the peso has been undocked from the dollar, so within a few days and weeks the savings of each one was worth less than 10%. Fainting. Injustice. Anger. Many people lost their home because of in dollar closed hypothecary credits, as well as my husband Luis. For the first time in the history the middle class went to the streets and demonstrated. That was the famous “Cacerolazo”, a vigorous beating on pots and pans.

It was like in the war: violence, burning houses, looting the supermarket. END_OF_DOCUMENT_TOKEN_TO_BE_REPLACED 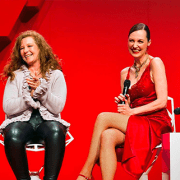 Nicole Nau & Luis Pereyra have performed at the “Traction Edition” at Spark Nights by AUDI, Berlin. The topic of this event is a very important  matter to drivers and cars. A car has to be fast and safe at the same time. Artists and scientists of different fields showed several interesting and entertaining acts on stage demonstrating what “traction” really is about. The world-famous duo Nicole Nau & Luis Pereyra showed a beautiful and thrilling dance and also explained what “traction” means to them as dancers.  END_OF_DOCUMENT_TOKEN_TO_BE_REPLACED 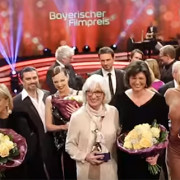 On Friday evening we met celebrities from film and television to take part in the festive award ceremony for the Bavarian Film Prize. The Gala was accompanied by wonderful show acts, which were enthusiastically received by the audience. We had great fun to be on stage twice. END_OF_DOCUMENT_TOKEN_TO_BE_REPLACED 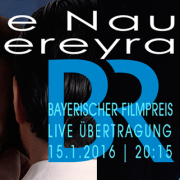 The 37th Movie Award “Bavarian Film Award” will be awarded on 15 January 2016 Prinzregententheater in Munich.

Nicole Nau and Luis Pereyra are invited with associated price handover to the cinematographer Jo Heim to show a show act “tango” at the award ceremony in the category graphics design.

The ceremonial gala at the Prinzregententheater on 01.15.2016 is one of the social highlights of the cultural life in Munich and Germany. It is the Bavarian Film Prize, awarded one of Germany’s most prestigious awards in the industry.

The evening will be broadcast live on Television  (live an digital TV: live im Fernsehen (auf Sky Deutschland). Therefore: “Save the Date” and Nicole and admire Luis live on TV. 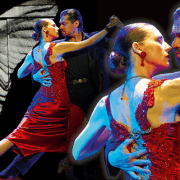 Welcome at the new site of Nicole Nau & Luis Pereyra

We are delighted to announce the launch of our new program and tour website in 2016 and for Vida 2 in 2017. On this site you will find all information around our current program, the tour dates and lots of background information like e.g. the wonderful poetic songtexts.